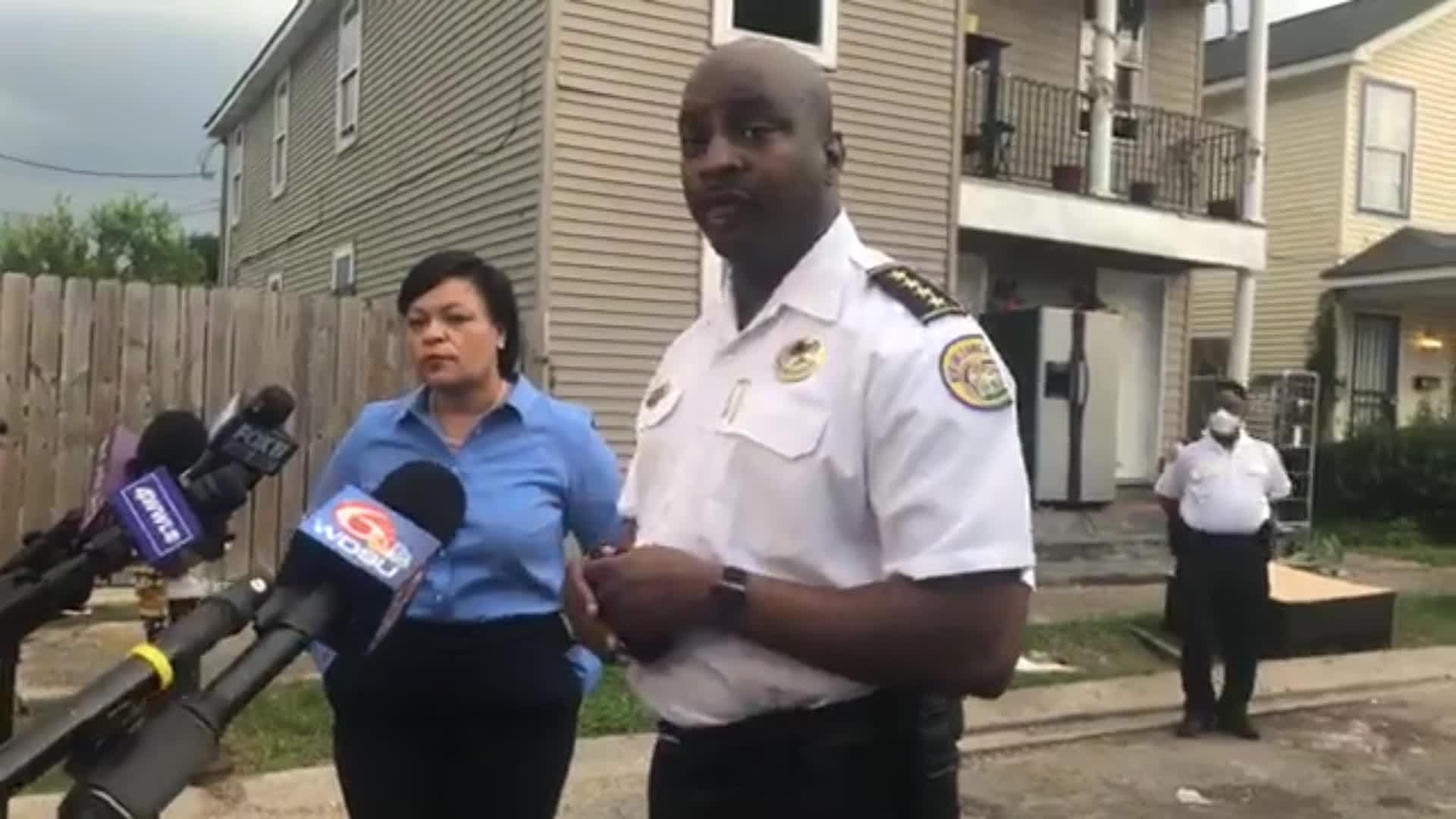 A 9-year-old boy killed in a triple shooting in New Orleans has become the latest victim in a spate of gun violence in July that has taken the lives of at least seven other children across the United States.

“We as a society are talking about social justice versus social injustice. We as a community need to take a look at ourselves,” New Orleans Police Chief Shaun Ferguson told reporters at the scene.

In New York, police are investigating the shooting death of a 1-year-old Davell Gardner on a playground at a park in Brooklyn on Sunday. New York Mayor Bill de Blasio spent time with the family of the boy on Monday as well as talking with community leaders in Brooklyn.

The mayor described the shock the family is feeling and a “deep well of pain you could see in their eyes.”

“No parent, no family should ever have to go through that,” de Blasio said.

A 12-year-old boy was wounded in the leg in another shooting in New York over the weekend.

“It is heartbreaking for so many reasons. It begins with the fact that there are so many guns out there and that is a New York tragedy and a national tragedy,” de Blasio said on Monday.

CNN affiliate WDSU identified the boy killed in New Orleans as Davonte Bryant and interviewed his father, Donald Bryant, who said Davonte would have turned 10 in two weeks.

“Innocent bystanders. I do not know what they were shooting for. They are killing babies. They just killed a baby. A good baby. A 9-year-old baby,” Donald Bryant told WDSU.

All three victims were on a residential street Monday when they were approached on foot by at least one person who opened fire, Ferguson said. It is not clear if the victims and shooters knew each other.

Police later released a statement asking for information to identify the three occupants of a white Jeep Wrangler believe to be the getaway vehicle in the shooting.

Ferguson said he was “begging” with the community to come forward with information about what he called “an unthinkable act.”

“It is not only unfortunate, it is unacceptable behavior that we cannot accept in New Orleans,” Mayor LaToya Cantrell said Monday evening.

The shootings of Davonte and Davell come on the heels of at least six other children who were killed by gun violence over the Fourth of July weekend across the US.

The children, ages 6 to 14, were all shot and killed while doing everyday things.

In San Francisco, 6-year-old Jace Young was attending a birthday party on July Fourth and watching fireworks when he was hit by a stray bullet, CNN affiliate KRON reported.

Natalia Wallace, 7, was shot while playing with a group of children in a yard in Chicago.

Secoriea Turner, 8, was in a car with her mother in Atlanta, Georgia, when shots broke out.

Royta De’Marco Giles, 8, was visiting a shopping mall in Hoover, Alabama, when a gun battle erupted between a group of men.

Davon McNeal, 11, was visiting family in southeast Washington, DC. He was racing from his family car into his aunt’s house to grab a phone charger when gunshots began.

A 14-year-old boy identified as Vernado Jones Jr. was shot and killed on July Fourth in Chicago in an incident in which eight people were shot and three others killed, CNN affiliate WGN reported.